The growing popularity and demand for web solutions and services has encouraged individuals to take up the career of web development. Loaded with multiple opportunities, the web development industry has embraced people with different skill sets. There is a wide array of software tools which have eased the jobs of web designers and developers across the globe. Plus, the inception of mobile technology has encouraged web development professionals to experiment with varied techniques and methodologies for building out-of-the-box websites and web apps. Especially talking about Android, there is a plethora of mobile apps available on Google Play, allowing developers to pace up the efficient execution of their projects. In this post, you’ll get to know about seven such excellent Android apps which have been designed, keeping in mind the requirements of web developers. So, without any further adieu, let’s get to know more about these fantastic Android apps.

te is an Android app specially designed for web developers and supports Javascript, PHP, HTML and CSS. Equipped with the syntax highlighting feature, this Android app’s free version covers limited code completion feature. Some other impressive features available with this app include: Virtual keys for tags and Keyphrases, support for text encoding, undo redo options, built-in help for JS, HTML and CSS, Hotkey support for the external keyboard and many more.

As a powerful code editing app, 920 Text Editor can also be used as a normal text editor for editing several text files or as an e-book reader. The Tabbed editing ability of this Android app helps you in opening multiple files simultaneously. One of the best assets about this app is that it supports Syntax highlighting for a majority of well-known programming languages such as: ActionScript, C#, C/C++, HTML/XML/WML, Javascript, Perl, Python, SQL, TeX/LaTeX, AutoLisp and many more. Other key features available with 920 Text Editor app include Color picker, Auto Indent, Run as ROOT, Grep recursive search, HTML Preview and Auto Detect file encoding. 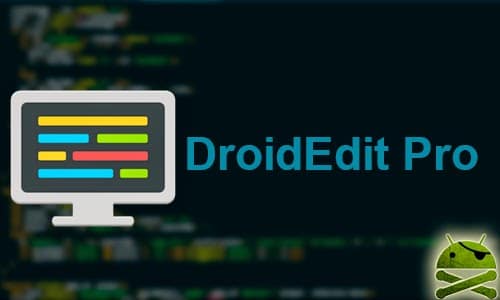 DroidEdit is an excellent source code editor for Android gadgets. It has similar functionality as Gedit or Notepad++. Mostly suited for tablets, DroidEdit can highlight the syntax for popular programming languages like HTML, Javascript, C, C++, C#, Ruby, SQL, Java and many more. Available in two versions viz: free and Pro, DroidEdit is a must-have app for every coding expert. Some of the top-class features associated with DroidEdit include: Auto and Block Indentation, Dropbox support, HTML Preview, Infinite Undo and Redo, HTML Preview, Bracket Matching, Character Encoding and many more. 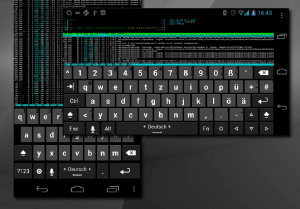 Unlike a range of mobile apps available for keyboards, Hacker’s Keyboard is an Android app specially designed for coding. This keyboard for your Android phone comes with separate number keys, arrow keys and punctuation in typical areas. Additionally, it is also equipped with Tab/Ctrl/Esc keys and arrow keys for easy navigation. With the Hacker’s keyboard app, you can truly have a full 5-row desktop experience via easy-to-use language options and multiple layouts. 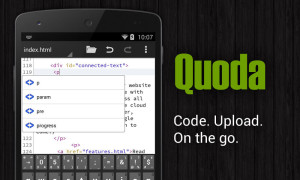 Last but undoubtedly not the least, there is the Codeanywhere app which has been tailored to suit the needs of web developers. This Android application is light and supports code highlighting for a whopping 75+ programming languages. Available for Android, iPhone, iPad and Desktop, Codeanywhere comes with some stunning features jotted down as below:

No matter what may be the complexity of your web development project, installing the right app in your Android device can enable you to deliver the expected final product faster, ensuring complete client satisfaction.

Selecting the Right Website Builder as per Your Requirement