While we don’t face these images on a daily basis, having a text-rich image that you need to edit can more often than not prove to be extremely difficult. For those who have issues with modern tech and lack the audacity and time to learn how to use these flatscreen gadgets, we have found an app that does most of the work for them. While being as easy as it gets to use, Image to Word will convert your photos to an editable format.

But first, before we get into the hows and whats of Image to Word, we need to get familiar with some basic terms such as OCR and the difference between a screenshot, image, and a photo… 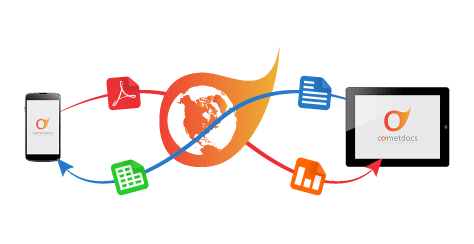 Optical character recognition, or short OCR, is the technology that enables programs and mobile apps to read printed files, and also convert them to a digital form. Google defines OCR as the recognition of printed or written text characters by a computer. This technology is crucial for converting and editing text-rich images because better OCR means better conversion quality, thus making your new file more precise and similar to the original. Native images are the one’s that are created through different programs and tools, while photos are images taken by a camera. A screenshot is an image of whatever is on your device’s screen at the moment of taking the shot. Most modern mobile phones and tablets have this option integrated.

One of the main, and at the same time best feature Image to Word has to offer is converting both native images and photos as well as screenshots. However, one thing to keep in mind is that not every photo can be converted perfectly if you don’t follow the guidelines offered by the app. By clicking on Options in the upper right corner of the main screen you can follow the user guide and learn how to take perfect photos for any OCR conversion. 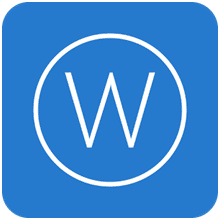 Recommended Reading:  Why People Buy an iPhone instead of Android Phone.

Here are some of the other features offered:

Image to Word has been updated in June 2016, which is it’s third major update, and with it, Cometdocs brought some major elements in the game of conversion. While they have licensed the strongest OCR engine on the market at the moment, they have also licensed fast conversion servers right before this update. Another important thing to note is that these servers are very safe for the users. The reason behind that is files being automatically deleted 24 hours after the conversion is finished. That way your files are safe and you don’t have to worry about anyone hacking you and stealing important data such as credit card numbers and such.

With that same release, Cometdocs finally removed the limitation to the file size and number of files you can convert daily so now you can do as many conversions daily as you want. Keep in mind that the free version takes a bit longer to finish conversions, while the full version converts any file you want instantly.

Recommended Reading:  Seven Mobile Marketing Strategies you should be using in 2016

Something to keep in mind is also that the conversion quality is only as good as the quality of the image being converted. Example: imagine taking a very bad photo of your receipt which has the receipt out of focus and something else on it as well. That kind of photo will be poorly converted because the original is poor as well. However, if you capture the whole receipt so that it fills out the whole screen, then you have taken the optimal photo of your receipt for conversion. Also, keep in mind that the lighting is an important factor for these types of photos because with poor lighting the OCR engine can often misread data.

Another thing to keep in mind is that Image to Word is only a conversion app. It does not offer the service of editing the newly converted file within the app itself, but rather leaves it up to you and your choice of app for editing. The optimal app is MS Word since the newly converted file is in .docx format which has originated from Microsoft Word. You may use other editing apps such as LibreOffice and Quick Office, however, those may not give you the expected end result.

Recommended Reading:  How to get UNLIMITED lives in Candy Crush Saga!

With this app, you won’t have trouble tracking your receipts, or editing bank statements or any similar problems because now you can have them all stored on your phone. While this app is very popular among iOS users, Image to Word is also available on Android so feel free to try it out, and let us know how much it helped you in managing your finances.

As previously mentioned, Cometdocs is the company which developed this mobile app. They specialize in mobile app converters, and Image to Word is probably by far one of their best mobile apps they’ve made so far. Aside from making conversion apps, there have been rumors that they have been working on a completely new line of PDF apps.

If you like the app make sure you leave a comment or in some other form tell the future readers and users what’s ahead! It is also very useful to rate the app and write a review on the App Store of your choice because that way you are directly sending a message to the developers and other people behind the app, letting them know which parts of the app you especially liked or disliked, thus making your own little impact on the quality of the app in question!

Negative Effects of Technology: Has Technology Affected Your Life?