Home » How to control Linear Actuator via Wi-Fi App
Internet

How to control Linear Actuator via Wi-Fi App

The WI-FI Actuator app is the next big thing in engineering apps. This application allows one to control the actuators from a single device. It has Android and IPhone compatibility. The app also records a user’s presets once and forgets about them. Having this app reduces the user’s expenses since he can stop waiting for, and paying for expensive accessories and applications. Finally, this app combines time delay, multiple actuator control, functions that are momentary and non-momentary, and recorded presets, all in one device. This Wi-Fi actuator app works best with the linear 12v actuators since they are the most common types of actuators.

Features of the App

After many months of research, the linear actuator control app is finally available in the market. This app is considered a great innovation in engineering applications. Before the arrival of the app, the only means of getting total control over one’s actuators was by purchasing many add-ons and components. Now, instead of buying these accessories, one just purchases a control box and downloads the app free of charge. 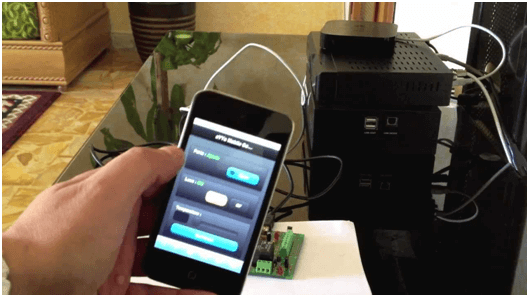 Figure 1: someone using his WI-FI app and control box

This app contains several features that include time delay that reaches up to 999 seconds and Wi-Fi actuator control. It can also control the actuators simultaneously, individually or in any combination. This app also has momentary and non-momentary settings. It also allows for actuator control and grouping. The app has five spots to accommodate recorded presets that facilitate custom movements. Finally, the application is compatible with IPhone and Android.

Recommended Reading:  How to see who is using your WIFI on Windows!

Benefits of the App

This WI-FI app can be partnered with the PA-35 control box. The custom design of this control box allows for simple, snap on wiring connections. Additionally, it has a three light system, which informs the user of power availability, a WI-FI connection,and an outgoing signal. This makes it easy to troubleshoot and to know what is happening. 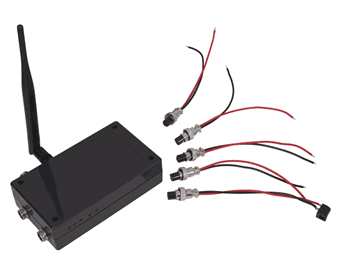 This app’s interface is intuitive and easy to understand. It can be understood in just a few minutes. An excellent thing about this app is that the user can have it wherever he/she is since it’s on one’s phone. The presets and playbacks on this app allow a user to operate two controls without using two different motions. For example, the app enables its users to open their television cabinets. Initially, this required one to control the actuators with two different motions manually. However, with this new advancement, opening a television cabinet is as easy as pushing a single button. This actuator control app allows one to control up to four actuators separately or in groups. The function for multiple actuator controls allows one to toggle between actuators. Through this app, one can toggle controls momentary or non-momentary.

The greatest problem one might have with the actuators is timing. As is commonly said, timing is everything. The developers of this app designed it to allow the user to time delay the actuator so that they move at the exact time one sets them to. This delay can be set for up to 16.65 minutes (999 seconds). Finally, the developers of this app have offered to customize the app for manufacturers whose products use their actuators. The developers offers to customize the app to fit the manufacturer’s brand and provide the features needed.Anyone thinking about automation should consider this app since it is convenient, efficient, and affordable.