Home » Difference between 3G and 4G Plans– Which is the Most Suitable for You?
Guest PostsSmartphones

Technology has played a very important role in integrating the world. Face-to-face meetings have been replaced by long-distance video and voice calls. Entertainment venues have extended beyond regular televisions sets and made their way into your smartphone devices. Broadband services and cellular network facilities have played a major role in this transformation. Broadband services have been able to provide connectivity to homes, offices, and other such permanent locations. 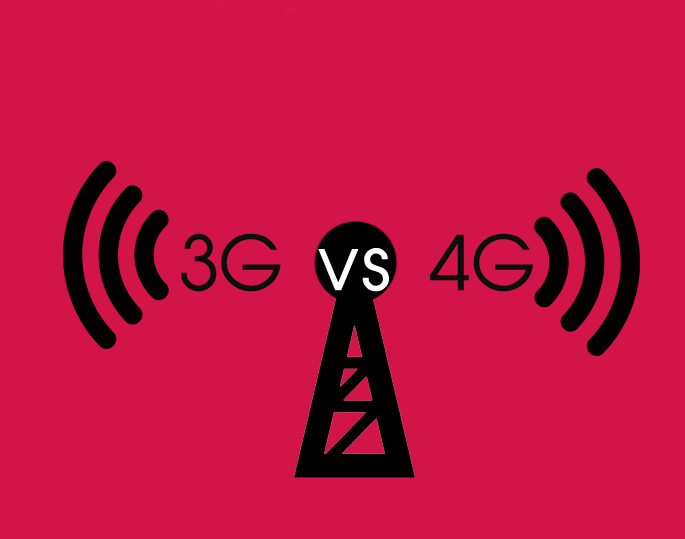 However, can the same speed and superior connectivity be experienced when using cellular data services? Here are some of the Difference Between 3G and 4G you must check out!

2G and 3G services were the first cellular network technologies to be introduced to the masses. 2G and 3G, which stand for the second generation and third generation respectively allows you to browse the Internet, respond to work emails, and other related activities even while traveling. However, the speed and functionality of 2G services were not too impressive. But, the advent of 3G cellular services brought about a significant change. 3G provided slightly better coverage and faster access to the Web compared to 2G. Yet, 3G users still experience slower speeds at times, especially at peak usage hours or due to poor signal strength.

Difference between 3G and 4G

Before going further here is an excellent well-written article to give you in-depth knowledge about 4G networks!

3G services are known to provide average speeds of up to 144Kbps. Fourth generation services, on the other hand, are believed to be almost ten times faster than 3G. However, this depends largely on the type of fourth-generation technology provided by your carrier. Yes, the fourth generation is an umbrella term and actually encompasses different technologies under it. This includes HSPA+ 21/42, Long Term Evolution (LTE), and WiMAX. These terms can seem confusing if you are reading about it for the very first time. However, if you need help deciding, then, Long Term Evolution is considered the most superior amongst the rest, especially because of its ability to provide consistent upload as well as download speeds. This is particularly helpful if you have had an unpleasant experience when using a 3G cellular network to download or upload videos, photos, and other such files. It is hard to find a network that offers optimal performance while both downloading and uploading and 4G-LTE is the solution to this problem. Additionally, it may seem like an easy task to simply go for a network carrier that offers fourth generation-LTE services. However, it is not that easy. If you want complete value for your money, then remember that a network carrier that owns a large amount of radio spectrum is capable of offering better services than a carrier that has comparatively less.

Choosing between a 3G and 4G plan

Evidently, the competition is only increasing by the day. However, when you are choosing between third generation and fourth generation, you need to consider your usage patterns and habits. Do you download several large files, download or upload heavy content or play online games? If the answer is no and you only respond to simple work emails and engage in other such tasks, then 3G could be the right choice for you. If you use your device mainly for calls and do not consume a large amount of data, then again opting for a 3G plan is a better option as it will allow you to save your money as well as battery life. One more thing to check is whether the area you reside in has fourth generation network coverage if not, then opting for such 4G plan will be futile.

The telecom industry in India is flourishing at a rapid rate and the wide availability of data services has been the major reason for the same. There are also a number of brands which offer data plans at varying prices. Some offer attractive offers, which entail free fourth generation services for a stipulated period while others have been luring customers by offering fourth generation services at 2G prices.