In the “good old days” of marketing, getting someone’s attention was easy.All you really had to do was buy ad time on a popular network television show (or, better yet, a sporting event) and wait for all that revenue to roll in. After all, even your average sitcom during the 1990s still had average weekly viewership ratings of 15 or so million people – one fast, clever spot could get the attention of a whole lot of people in as little as 30 seconds.

Unfortunately, those days have long since ended. 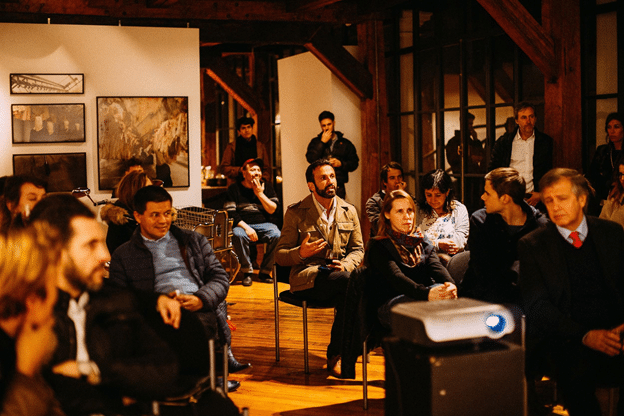 Your consumers are being bombarded at all times by information and other stimulation from all angles. There are no longer just three television channels. There are hundreds or even thousands depending on your television package. The Internet is a constant source of information, with social media dramatically increasing the rate at which we consume and want to consume new data.

Understanding the Situation You Face

To really get a better understanding of the state of marketing in 2018, you really need to understand has to do with another major hurdle that our marketing ancestors never had to deal with – ad blocking.

Recommended Reading:  How to Hack Instagram to get more Followers and Likes

Sure, people have been fast forwarding through television commercials for as long as VCRs (and later, DVRs) have been around. But consider the fact that in 2016, 25% of Internet users in the United States were employing ad blocking software of some kind.

By the end of 2018, that number will have grown to approximately 30%. The bad news is that this trend has shown absolutely no signs of slowing down anytime soon, particularly as mobile device manufacturers like Apple have started building ad blocking into the devices themselves.

If this communicates anything, it’s the fact that people don’t want to be “sold” to any longer. They’ve grown distrusting of traditional advertising and marketing on the best of days, and are legitimately put off by it on the worst.

This also happens to be the “good news” of the situation at the exact same time. Because once you understand things from the perspective of one of your consumers, you’re suddenly in a better position to actually overcome that challenge head-on.

Doing Something About It

To really earn someone’s attention in terms of marketing in 2018, you need to start looking at your advertising collateral in the same way you do your products and services themselves.

Think about it like this: the product your brand is offering is designed to provide a true value to your audience members. That’s the thing that makes them want to buy it in the first place. It’s designed to solve a problem they have or make their life easier in some way.

Your marketing needs to do the exact same thing. That is how you command someone’s attention through collateral in 2018.

So the next time you sit down to create a presentation with a tool like Visme (which I founded to help people create their own slides on the fly), it needs to be more than just a glorified advertisement in a new package. It needs to offer value in the form of information or insight that A) people actively want, and B) they’re not going to find anywhere else.

Don’t just make that presentation a visual interpretation of your technical specifications sheet – use it as an opportunity to teach them how to use it, or to educate them about why it’s important, or what impact it will have, or how they can extract the maximum amount of value from their purchase.

This is a large part of why Infographics are so popular as a format. An Infographic actually shares a lot in common with traditional advertising from a design perspective, but the true value that it offers goes much deeper. It’s a great way to really dive into a particular topic and cover it from a variety of angles, giving context to facts, numbers and statistics that previously would have had to live on their own.

It’s also a great way to offer that insight and value in a package that is easy to digest and that sticks with someone long after they’ve finished consuming it.

But again, an Infographic that is little more than an overview of what your product or service does isn’t going to get shared far and wide across the Internet. Something like that doesn’t actually provide value for your audience members. It’s hollow, artificial and calculated – three qualities that modern-day consumers have already said that they’ve had more than enough of.

It All Begins and Ends With Value

If you truly want to earn someone’s attention with your marketing collateral in 2018, you need to ask yourself the following question before you get to work on designing materials:

“What does this give my audience that they didn’t have before they started reading it?”

The value that you offer can’t be focused inward towards your business. In truth, the immediate benefit of any piece of marketing collateral probably shouldn’t benefit you in any way. It needs to offer true, earnest and genuine value to your consumers first and foremost.

That, in turn, feeds directly back into your business by way of the most important benefit of all: establishing your brand as a thought leader in your industry and strengthening its perception overall. That is how you earn someone’s attention in 2018 and these are the ideas that will only get more important over the next few years.

How to Improve your Landing Page Conversion Rate