Mobile App Development Mistakes that can lead to a Huge Failure

Developing an app is not easy! But choosing one for your mobile is just a piece of cake. Mobile app users know what they want, if something doesn’t appeal them, it takes seconds to delete the installed app or game. So what do the developers do exactly that can result in such a failure? Here in this article, I have listed some of the common App Development Mistakes that developer can do and lead to huge failure!

We know that thousands of apps are made every day and launched as well, not all get downloaded, though. Only a number of apps make the right buzz that fit’s every individual’s liking. The choice of users varies and so does their age groups, therefore it does depend on your targeted audience as well. If you’ve got your targeted audience luring for your app then you have already scored!

But what if you’re developing a mobile app to achieve success, say somewhat like Pokémon Go-what then? What should be the developments techniques? What are the tips and tricks for developing a great mobile app? There are many blogs and articles supporting the development hacks-which as we believe revolve majorly around-only quality user experience! 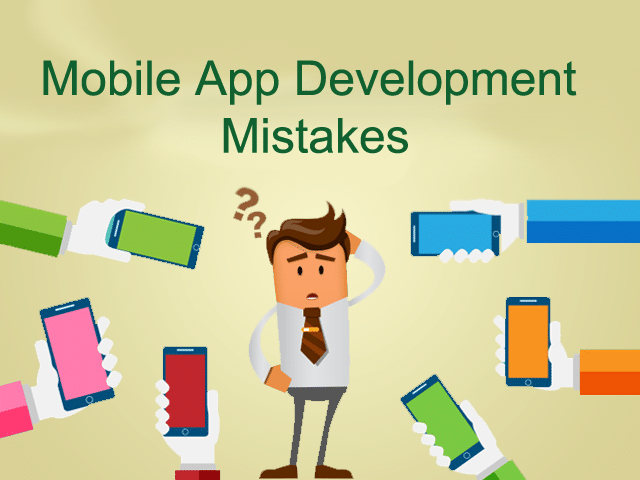 We met some experts of mobile app development at VeztekUSA and they said; retaining customers, in any case, is the toughest thing to do. When it comes to apps, it’s an easy job you need to provide them with quality user experience from the very first day to the end. Creating an app now is indeed a costly affair, but can become a huge loss only when you don’t focus mistakes.

You should not emphasize on what you did right or what others did right, rather focus on the ones who lost and what they did wrong to earn such a failure. So, today we, instead of giving you ideas and tricks have listed some of the Mobile App Development Mistakes that can Lead to a Huge Failure:

Taking a Start without Enough Research

Whether it’s your first time for developing an app or you have created a few but the results are the same any app created without crucial documentation and research will be a failure. There are some aspects that stand very important relating to mobile app development which can lead to Mobile App Development Mistakes, these include:

The majority of the companies and business stay confused for whether to develop an app for a single or multi-platform. The other major concern is to whether to invest in hybrid apps, cross platforms, or in native apps. This is where the App Development Mistakes can be made, and this is what we suggest:

Recommended Reading:  How to Earn Loyalty for Your Mobile Apps User's

You can have a look at few Reasons behind the Rejection of Apps on Apple Store.

Without the following aspects covered, the app can never be declared complete.

Your app can be at the place you want it to be, just focus on what the competitors have missed out on. Mistakes your competitors make are your assets for success, and of course, it’s not just what they lack you will need an absolute design and idea paired with perfection to be somewhere. Your users close to you and try to understand their requirements, at the end, either you compel the users to want your app (only if it is strong as Pokemon Go) or you win them with the smooth user experience. Avoid making the mistakes above.

Don’t forget to share your blunders that you made while creating an App by commenting below! Happy successful mobile app Development!

How to Improve WiFi Signal Strength to get Better WiFi Connection

Camera Apps for Free to Capture Photographs like Professionals

Sani is Managing Director of VeztekUSA a well known Web and Mobile App Development Company based in Los Angeles, California.