Earlier this month, the Chinese smartphone maker Xiaomi launched its latest device, the Mi 4i in India. After China, India is the company’s special region, which is why it had decided to unveil the Mi 4i in the country. The brand’s latest offering is a slightly toned down variant of its flagship, the Xiaomi Mi 4. The Mi 4 had been received quite well by the consumers in the country as the phone’s first few flash sales in India were over within a matter of minutes. Now the company is hoping the same from the Xiaomi Mi 4i.

Similar to the Xiaomi Mi 4, the Mi 4i also offers a compelling set of features for a budget. The lite variant of the Mi 4 has its own unique identity as it offers a different design and specs. If you are looking to buy a new smartphone with compelling specs at budget prices, let’s have a quick look on the features of the Mi 4i. 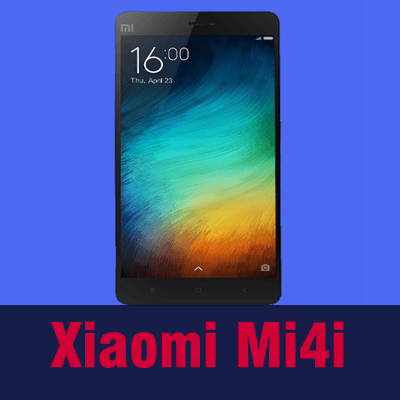 Xiaomi Mi 4i features: what makes it a budget powerhouse

To design the Xiaomi Mi 4i, the brand decided to begin from scratch. The smartphone offers a polycarbonate casing with a soft-touch matte rear cover, and has an impressive screen-to-body ratio for smooth one-handed usage. The device measures quite sleek 7.8mm around the waist, and weighs 130 grams. Coming to the display, similar to the Mi 4, the Mi 4i sports a 5-inch full HD IPS display with One Glass Solution technology. The device also has a useful mode called Sunlight Display, which adjusts the contrast of the screen to offer better reading under direct sunlight.

The Xiaomi Mi 4i is certainly a powerhouse, as it is powered by an octa-core Qualcomm Snapdragon 615 processor, which is aided by 2GB of RAM. The smartphone houses 16GB of eMMC flash memory, which disappointingly can’t be increased further via a microSD card. However, the device offers USB OTG connectivity option, which allows you to attach external USB drives with it.

The Xiaomi Mi 4i is the company’s first smartphone to run the latest Android 5.0 Lollipop out of the box with the vendor’s custom MIUI 6 ROM on top. The device has a unique interface, more pre-loaded applications, and security features, when compared to the company’s other devices. A notable software feature of the device is Visual IVR service, which is a less-complex IVR voice system that lays out all the available options on the display.

For imaging, the Xiaomi Mi 4i sports a 13MP primary camera with f/2.0 aperture and a dual-tone LED flash, which provides illumination based on the colour temperature. For selfies, the Mi 4i houses a 5MP secondary shooter, which comes with an 80 degree wide-angle lens. Overall, the smartphone offers impressive camera features for a budget.

On the connectivity front, the Xiaomi Mi 4i has dual-SIM dual standby, and supports India’s TDD Band 3 and FDD Band 40 4G LTE bands. It also comes with Wi-Fi 802.11ac with MU-MIMO, Bluetooth 4.1, Wi-Fi, Wi-Fi Direct, GPS, and GLONASS. The smartphone is powered by a massive 3,120mAh battery, which is supplied by Samsung and Sony. The device boasts Quick Charge technology, which allows its battery to charge 40 percent in an hour.

The Xiaomi Mi4i certainly brings impressive set of specifications for a budget. The smartphone is loaded with a full HD display, a powerful Snapdragon processor, solid camera specs, a sound battery, and is a future-ready offering with support for 4G LTE networks. The brand has priced the device quite affordably at Rs 12,999. The Mi 4i fills the void left by the company’s debut device, the Mi 3. Overall, if you are looking for budget, but yet feature-loaded Android smartphone, the Mi 4i is worth considering.