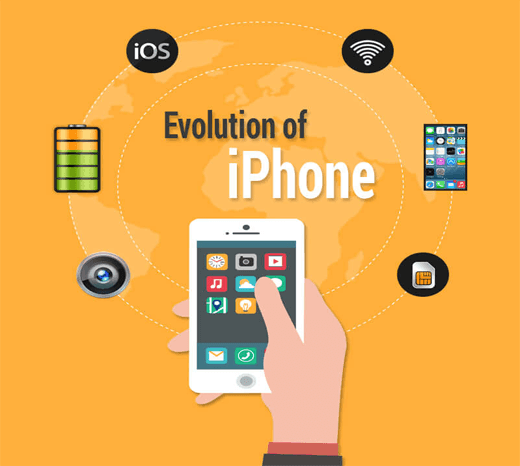 Apple has released a total of 10 iPhones over the past 8 years. On Jan 9, 2007, Apple Inc. launched first iPhone which was in the development phase for nearly 3 years. IPhone has really reshaped the whole smartphone industry and helped Apple become one of the most valuable organizations in the world.

From 2.5G to LTE, from multi-touch to Siri, from widgets to apps, there have been major updates with each unveiled iPhone. The first-generation handset offered iTunes, Google maps, stocks and weather reports. Apple announced the launch of iPhone 3G just a year after the revolutionary first-gen iPhone went on sale. The new handset was upgraded from 2.5 to 3G with improved battery life and support for 3rd party apps.

With the launch of every new handset, Apple introduced something new to win the hearts of tech enthusiasts. iPhone has completely changed the way we used to communicate via text and the modern functionalities made iPhone the largest selling phone of our decade.

Below infographic, brought to you by Hot Bargain Phones, revolves around the evolution of iPhone.

About the Author
Steve writes on the behalf of Hot Bargain Phones, which is the leading provider of unlocked and refurbished smartphones.