3D printing technology took its first step when Charles “Chuck” Hill created the first functional 3D printer in 1984. Since then, there have been several advances in this technology and people have found many creative uses for 3D printing. The technology has the potential to save money, time, and lives. It is also set to change the entire way in which our economy works. 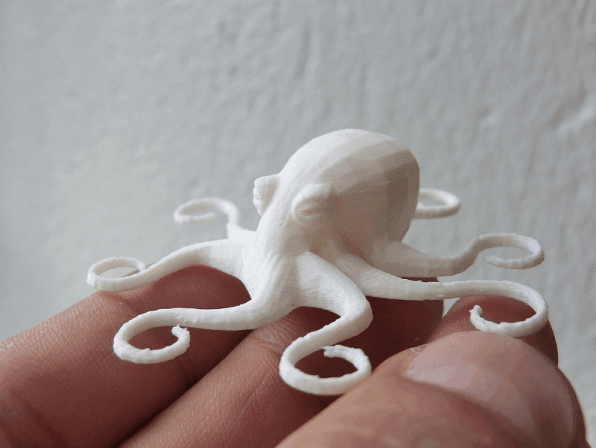 Presently, patients who require a new organ have to wait for months or even years because there are so few donors. Coupled with this long waiting list are organ compatibility and immune rejection issues. However, all this could change with advances in 3D printing.
Dr. Anthony Atala of Wake Forest’s Regenerative Medicine department is working on building 3D printers that can build artificial scaffolds in the shape of organs with living cells. Doctors at the University of Michigan were able to save a baby’s life by transplanting a 3D printed lung split to correct lung development problems.

Automobile companies are experimenting with different ways to use 3D printing to reduce costs and wastage. General Motors used 3D printing to rapidly create prototypes for the parts of its car, 2014 Chevrolet Malibu. Stereolithography and laser sintering was used to build the parts using liquid resin. Since parts made with a 3D printer are lighter, the Malibu gets a better fuel economy.
General Motors found rapid prototyping especially useful for the floor console, which had holders for smartphones. Also, it used 3D printing to create the front-seat back panels and the front fascia design for testing vehicles in wind tunnels.
Ford Motor Company creates prototypes of vehicle parts such as brake rotors, cylinder heads, vents, and shift knobs using 3D printing. The manufacture of Ford’s Explorer and EcoBoost engines at its Torrence Avenue Assembly Plant were done using 3D printing.
Urbee2, a car built entirely of 3D printed parts, was created by Jim Kor and his team of engineers. They plan to drive the car from New York to San Francisco and demonstrate that the car uses much less energy as compared to current ones.

NASA created a 3D printed rocket engine injector that produced 10 times more thrust than previously built models. Also, NASA plans to outfit the International Space Station with a 3D printer so that researchers do not have to carry spare parts on every mission; they can simply “print” the tools that they need. The blueprints for the parts could be preloaded on the printer, or could be uploaded from Earth.

Yes, even guns can be built using 3D printers. A gunsmith group called Defense Distributed created the world’s first functional 3D printed gun called Liberator. The blueprints for the gun are freely available online. The gun was made by assembling 3D printed plastic parts. The body of the gun can be etched overnight. This application of 3D printing, however, raises questions of safety and ethics.

3D printing enables prosthetic limbs to be more individualized and manufactured faster. Dr. Tariq Rahman, working at the Nemours Biomedical Research facility at the Alfred DuPoint Hospital for Children helped build an “exoskeleton” for children bone with bone deformities, using a 3D printer. The exoskeleton is called Wilmington Robotic Exoskeleton (WREX).
Even animals can be helped using 3D printing technology. Buttercup, a duck born with its left foot backwards, was fitted with a 3D printed silicon foot built by a company called NovaCopy. A 3D printed silicon sock was also produced to fit the foot to Buttercup’s body.
Researchers in The Netherlands and Belgium were able to replace the infected jaw of an old woman with a 3D printed replica of her lower mandible. Since surgery was risky due to the woman’s age, 3D printing came to the rescue and the woman was able to resume her daily activities.

6. Tools for the differently abled

3D printing technology can help differently abled people use their senses better. Yahoo! and a creative agency called Hakuhodo Kettle have collaborated to help blind students in Japan use a machine called Hands On Search. This machine, shaped like a cloud, uses voice recognition technology and a 3D printer called MakerBot to convert voice queries into solid objects.
Scientists at Princeton University have created a bionic ear that can hear much better than the average human ear. It was built by 3D printing cells and nanoparticles.
Although 3D printing has been around for the last decade, it is only now that significant advances are being made.